Syttende Mai (or the 17th of May) marks Norway’s declaration of independence and is a celebration of the 1814 signing of Norway’s constitution and independence from Sweden. This day is also called Constitution Day and National Day and is a great spring festival in Norway.

The celebration of this day began spontaneously among students and others from early on. However Norway was at that time under Swedish rule (following the Convention of Moss in August 1814) and for some years the King of Sweden was reluctant to allow the celebrations. After 1864, the day became more established, and the first children’s promenade was launched in Christiana, in a parade consisting only of boys. It was only in 1899 that girls were allowed to join in the parade for the first time.

Spring Grove, Minnesota has been recognizing founding fathers and honoring our Norwegian-American heritage since 1973 with an annual city celebration. Since then, the celebration has seen many changes but continues to emphasize the pride in our Norwegian ancestry through the ageless traditions of art, dance, food, clothing and congregation. 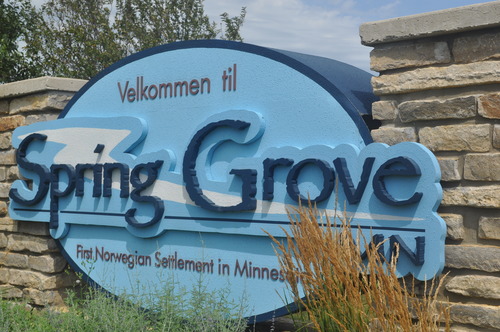